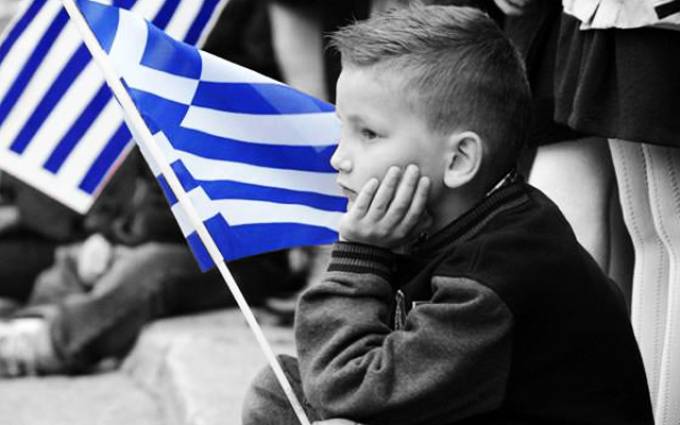 As a longtime fertility doctor, Minas Mastrominas has helped couples in Greece give birth to thousands of bouncing babies. But recently, disturbing trends have escalated at his clinic.

Couples insisting on only one child. Women tearfully renouncing plans to conceive. And a surge in single-child parents asking him to destroy all of their remaining embryos.

“People are saying they can’t afford more than one child, or any at all,” Dr. Mastrominas, a director at Embryogenesis, a large in vitro fertilization center, said as videos of gurgling toddlers played in the waiting room. “After eight years of economic stagnation, they’re giving up on their dreams.”

Like women in the United States and other mature economies, women across Europe have been having fewer children for decades. But demographers are warning of a new hot spot for childlessness on the Mediterranean rim, where Europe’s economic crisis hit hardest.

As couples grapple with a longer-than-expected stretch of low growth, high unemployment, precarious jobs and financial strain, they are increasingly deciding to have just one child — or none.

Approximately a fifth of women born in the 1970s are likely to remain childless in Greece, Spain and Italy, a level not seen since World War I, according to the Wittgenstein Center for Demography and Global Human Capital, based in Vienna. And hundreds of thousands of fertile young people have left for Germany, Britain and the prosperous north, with little intent of returning unless the economy improves.

Birthrates in the region have slid back almost to where they were before the crisis emerged in 2008. Women in Spain had been averaging 1.47 children per household, up from 1.24 in 2000. But those gains have all but evaporated. In Italy, Portugal and Greece, birthrates have reverted to about 1.3.

It adds to the growing concern about a demographic disaster in the region. The current birthrates are well under the 2.1 rate needed to keep a population steady, according to Eurostat.

Maria Karaklioumi, 43, a political pollster in Athens, decided to forgo children after concluding she would not be able to offer them the stable future her parents had afforded. Her sister has a child, and Ms. Karaklioumi is painfully aware that her grandmother already had five grandchildren at her age.

Although she has a good job and master’s degrees in politics and economics, “there’s too much insecurity,” Ms. Karaklioumi said.

Unemployment among women stands at 27 percent, compared with 20 percent for men.

“I don’t know if I’ll have this job in two months or a year,” Ms. Karaklioumi added. “If you don’t see a light at the end of the tunnel, how can you plan for the future?”

Whether the demographic decline slows ultimately depends on the financial fortunes in the south, where most countries suffered double-dip recessions. Without significant improvement, the region is trending toward some of the lowest birthrates in the world, which will accelerate stress on pension and welfare systems and crimp growth as a shrinking work force competes with the rest of Europe and the world.

While dwindling populations threaten all of Europe, “the really serious problem is that some of the weakest countries are the ones with the least favorable demographics,” said Simon Tilford, the deputy director of the Center for European Reform in London. “Lower birthrates in the south will mean weaker growth and productivity, holding the birthrate down and producing more fiscal problems.”

Over time, he added, “it suggests that the already divergent economic performance between Northern and Southern Europe may become structural rather than cyclical.”

The lower birthrates have been aggravated by fiscal pressures that constrained countries from offering robust family support programs. Whereas France offers a monthly family benefit of 130 euros (about $138) per child after the second child, Greece provides just 40 euros.

Greece, as the weakest economic link, does not have the same options.

Struggling to manage a recovery after nearly eight years of recession, the government cannot make the fertility drop a top priority. Child tax breaks and subsidies for large families were weakened under Greece’s austerity-linked international financial bailouts. State-financed child care became means-tested and is hard to get for women seeking work. Greece now has the lowest budget in the European Union for family and child benefits.

Grandparents have traditionally been the primary source of child care in the south, but Greek austerity policies have reduced pensions so much that the family safety net is unraveling, said Dimitrios Karellas, the general secretary of the Labor and Social Welfare Ministry in Greece.

“We need to allocate more money to create the services needed for families and children,” Mr. Karellas said. “But it’s hard to do amid the crisis.”

Demographic challenges are not confined to Southern Europe. Germany has battled a population drop since the 1970s, when higher education and new career opportunities for women lowered fertility rates. After Communism, birthrates in Central and Eastern Europe also fell.

In the new millennium, an economic expansion helped reverse those dynamics. But the financial crisis “hit Europe when birthrates in many countries had just started to rise again,” said Michaela Kreyenfeld of the Max Planck Institute for Demographic Research in Rostock, Germany.

The impact is evident in communities across the European south, where smaller towns are increasingly hollowed out and schools emptied.

In Tempi, a verdant region in central Greece, many primary schools and kindergartens have closed since 2012 as parents had fewer children and young Greeks left the country, said Xanthi Zisaki, a municipal councilor. Kindergarten enrollment has also slumped elsewhere in Greece and around Spain and Italy.

While migration from small towns is nothing new, “the financial crisis is clearly the problem,” Mrs. Zisaki said. “There are simply fewer children every year.”

The economic issues also amplified existing trends. Working women were already postponing childbirth. As the recession dragged on, they delayed even more for fear of jeopardizing work opportunities, a situation that has exacerbated fertility problems.

Progress on gender equality eroded in Greece during the crisis, according to the European Parliament. Women reported being regularly rejected for jobs if they were of childbearing age, or having contracts that were involuntarily converted to part time if they became pregnant.

As the crisis persisted, Anastasia Economopoulou, 42, pushed back her dream of having several children. She was fearful of losing her job as a saleswoman at a retail branding company after managers said they did not want women who would get pregnant.

Eventually, she turned to in vitro fertilization treatments at Dr. Mastrominas’s clinic. But her salary slumped by 30 percent as company sales fell, and her husband’s by more, cutting the number of treatments she can afford.

“I asked them not to put in many embryos because we can only manage one,” she said.

For a country like Greece, some see the shifting demographic trends as a blessing in disguise.

“As long as Greece has high unemployment, it may be good luck that there’s not a baby boom,” said Byron Kotzamanis, a demography professor at the University of Thessaly.

“If there was,” he added, “we might have more problems right now.”

But such optimism will not make up for the frightening consequences for countries struggling to replenish people.

“If we don’t fix this, in 20 years we’ll be a country of old people,” said Mr. Karellas, the welfare official. “The fact is, it’s a disaster.”