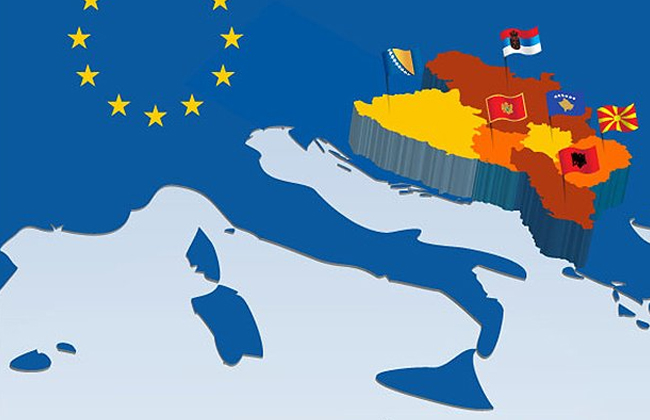 The promise of EU membership for states in the region is welcome, but Russia, China and Turkey could create instability 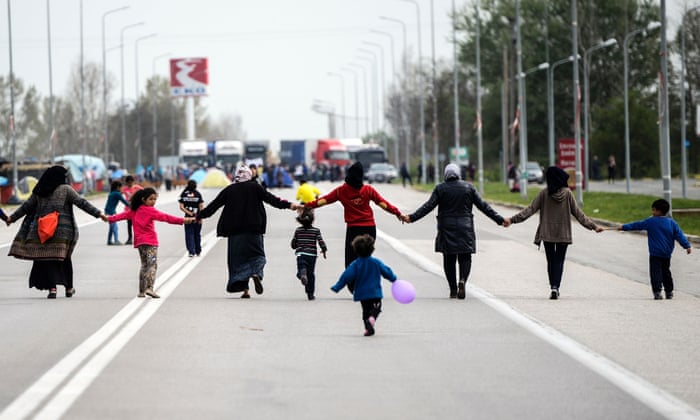 ‘Many factors have brought the Balkans back to the fore – not least the recent refugee crisis, which deeply rattled the region.’ Photograph: Bülent Kılıç/AFP/Getty Images

The second world war is over but the first world war is not yet finished.” Those were the words of a senior Turkish official I met recently in Ankara. He was speaking of the Middle East, but it was the sort of comment I might well also have heard in Moscow, in Kiev or in the Balkans, about the state of affairs on the European continent.

The one place I couldn’t possibly have heard this is Brussels. That’s because the European Union is still unprepared to live in a world where geopolitics has returned – in which governments, as well as much of the public, are obsessed with borders and territories, and tend to define success less by economic growth than by national pride.

This is what’s at play today in the western Balkans, where the EU’s capacity to think and act as a geopolitical player is being severely put to the test. Earlier this month, the EU presented its new western Balkans strategy. Its stated aim is to encourage reform in Serbia, Montenegro, Bosnia-Herzegovina, Kosovo, Macedonia and Albania, by renewing the prospect of membership. That Brussels institutions, which find themselves in the midst of a populist upsurge affecting most EU countries, now appear to have the courage to restate that membership promise is no small miracle.

One Balkan joke best captures the mindset of people who feel they’ve been left waiting far too long: when it comes to EU membership, the difference between pessimists and optimists is that optimists believe Turkey will join during the Albanian EU presidency, while pessimists believe Albania will join during the Turkish EU presidency. Meaning: never.

Brussels is right to make it clear that the status quo is unsustainable. But without any follow-up, the announcement risks producing instability in the region. What the EU should be most afraid of is a repeat of the Ukrainian scenario, in which government support for European aspirations triggers a backlash from opponents of enlargement (for which, read Russia), rather than rallying European governments around the project.

Many factors have brought the Balkans back to the fore – not least the recent refugee crisis, which deeply rattled the region. There’s now a growing momentum for greater integration, after a period in which the EU had come to be known as an organisation that gave little money and with many strings attached.

One encouraging, if little noticed, development has been the recent ratification of a friendship treaty between Bulgaria and Macedonia, two countries whose relations had long been fraught, mainly over minority issues. By achieving this breakthrough, they have signalled that the time has come to seek out solutions to some of the region’s woes.

But for the EU to succeed in its ambition to transform the region, it has to be aware of the momentous geopolitical changes that have taken place. In 2003, when the EU first promised membership, there seemed little doubt that the region’s future would be European. Russia was looking to the Balkans primarily as a transit area for its energy exports to western European markets. Moscow’s ambition then was to preserve a degree of influence rather than to compete with Brussels.

Fifteen years ago, Turkey was enthusiastic about its chances of joining the EU. As a result, it framed its Balkans policies so as to demonstrate its own strategic value to Europe. Back then, nobody spoke of China in the Balkans.

Today, geopolitical competition is rife. China is set to become the number one foreign investor in Serbia this year. Plans to build a high-speed railway between the Greek port of Piraeus and Budapest, via Belgrade, are of immense value to China as it deploys its “one belt, one road” trade route between Asia and Europe. The Chinese hope the western Balkans will eventually be integrated into the European single market, though China is in no hurry for its infrastructure projects to abide by EU rules.

This raises many questions. Should the EU start pushing western Balkan countries to adopt its procurement rules now, or later? And is the EU ready to offer compensation if those states end up losing Chinese investments as a consequence of EU integration? Russia’s approach has changed too. Brussels doesn’t need to have a spy in the Kremlin to know that Moscow will do everything it can to prevent Macedonia from joining Nato – not because of its strategic significance, but for its symbolic value.

And European policymakers should be aware that if the long-running dispute between Greece and Macedonia (over the latter’s name) is not resolved before the next EU summit on the western Balkans in May, then that will spell a double defeat: Macedonia’s ambitions will have been dashed and Brussels’ efforts to be taken seriously in the region will have fallen flat.

The Balkan region is where Russia can work to destabilise the EU at very low political cost for itself, both in cash terms and in risking a confrontation with the US. So it’s up to European diplomacy to convince Moscow that escalating tensions would not be in its best interest. Is the EU ready for this?

Then there’s Turkey, a country whose relations with the EU stand at a historical low. It’s still unclear how its president, Recep Tayyip Erdoğan, will play his cards in the western Balkans. While Ankara is trying to build its influence among Muslim communities in the Balkans, Moscow is using its own leverage over Orthodox Christians. Could Russia and Turkey possibly coordinate their policies, just as they’ve attempted to do in Syria?

If the EU is slow to wake up to these new geopolitical realities, its strategy for the western Balkans will end in defeat.

• Ivan Krastev is chairman of the Centre for Liberal Strategies, a Sofia-based thinktank