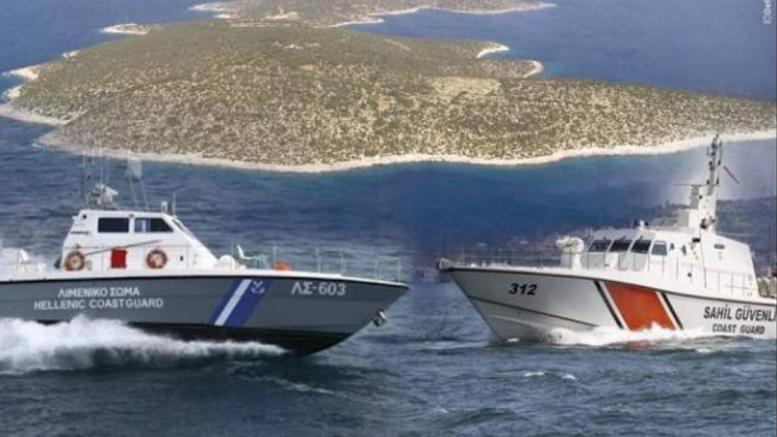 Tensions between Turkey and its NATO ally and neighbor Greece continued to escalate today over a collision in the Aegean Sea. Speaking on the sidelines of a NATO summit in Brussels, Greek Defense Minister Panos Kammenos accused Turkey of “provocative behavior” and declared, “It goes beyond tolerable levels.”

Kammenos’ comments followed a telephone exchange between the countries’ prime ministers late Tuesday in a bid to tamp the crisis down. Turkish Prime Minister Binali Yildirim said he told his Greek counterpart Alexis Tsipras that Greece must refrain from acts that strain ties. The Aegean should be “a sea of friendship,” he said. 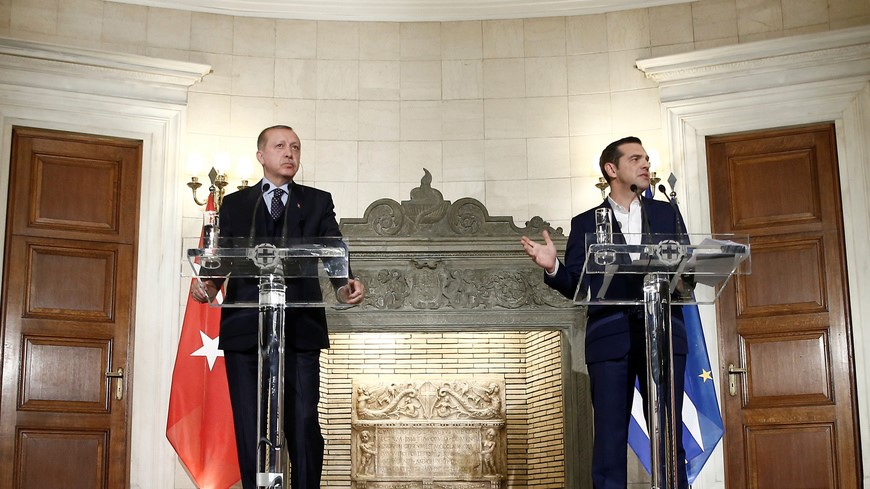 The latest crisis between the traditional foes erupted when a Turkish patrol boat drove into a Greek one near the contested Kardak islets in the southeastern Aegean Sea.

A dispute over the chain of rocky outcrops, inhabited only by goats, almost dragged the countries into war in 1996. US mediation played a significant role in helping defuse the crisis but with Turkey and the United States on the brink of confrontation themselves over Syria, there is little Washington can do. Still, the issue was bound to have come up during talks between Secretary of Defense Jim Mattis and his Turkish counterpart Nurettin Canikli that were scheduled to be held in Brussels.

A dust-up was already brewing when Kammenos headed to the Kardak islets in an assault boat on Jan. 28 to lay a wreath there. The Turkish coast guard warned him away and he left.

On Feb. 11, the Greek Cypriot authorities said the Turkish military had obstructed a gas exploration ship in the eastern Mediterranean owned by Italy’s ENI.

Turkish President Recep Tayyip Erdogan showed no appetite for de-escalation, telling members of his ruling Justice and Development Party on Tuesday, “I warn those who overstep their limits in Cyprus and the Aegean. Whatever Afrin represents for us, our rights in the Aegean and Cyprus are no different from those in Afrin.” He was referring to the Syrian Kurdish enclave where the Turkish military is fighting to dislodge US-backed Kurdish militias on the grounds that they pose a threat to Turkey’s national security.

Firdevs Robinson is a London-based analyst who closely monitors Turkish-Greek relations. She told Al-Monitor, “Undiplomatic statements from Turkey towards its neighbors and allies tend to come at times when Turkey needs their support the most.” She continued, “Just as we are talking about improving relations with the European Union and only weeks before the much coveted summit in Varna, escalating tensions with Greece and Cyprus is bound to be counterproductive.” She was referring to a planned meeting between Erdogan and EU Commission President Jean-Claude Juncker, European Council President Donald Tusk and Bulgarian Prime Minister Boyko Borissov, whose country holds the bloc’s rotating presidency.

Turkey had been lobbying for just such a high-profile encounter for a long time but massive rights abuses and the erosion of the rule of law in the wake of the failed 2016 coup made EU leaders leery of a halo effect on voters at home.

Still, Robinson acknowledged that Turkey is worried Greece and Cyprus may seek to exploit Turkey’s military engagement in Syria to push their territorial claims, and thus Ankara feels it needs to “act pre-emptively.” Yet “this increasingly gung-ho behavior” is perceived not as strength, but as “more of a loss of sense and direction” by Turkey’s allies and foes alike.

Greece’s refusal to extradite eight alleged Turkish putschists and nine extreme left-wing militants accused of plotting to assassinate Erdogan during his visit to Athens in December has further soured ties. A Greek court ruled that the lives of members of the terrorist outfit known as DHKP-C would be endangered if they were sent home. Turkey’s Deputy Prime Minister Hakan Cavusoglu reacted angrily to the decision, noting it was “ironic” that Greek authorities had no qualms about sending Syrian refugees back to Turkey.

He was referring to a so-called readmission agreement struck between Ankara and the EU under which Turkey is stemming the flow of Europe-bound Syrian migrants from its soil to Greece. In exchange, Turkey is getting billions of euros in aid, and was to be granted visa-free travel to the EU for its citizens. Deteriorating ties between Turkey and Greece could imperil the agreement.

Amberin Zaman is a columnist for Al-Monitor’s Turkey Pulse who has covered Turkey, the Kurds and Armenia for The Washington Post, The Daily Telegraph, The Los Angeles Times and the Voice of America. She served as The Economist’s Turkey correspondent between 1999 and 2016. She was a columnist for the liberal daily Taraf and the mainstream daily Haberturk before switching to the independent Turkish online news portal Diken in 2015. On Twitter: @amberinzaman