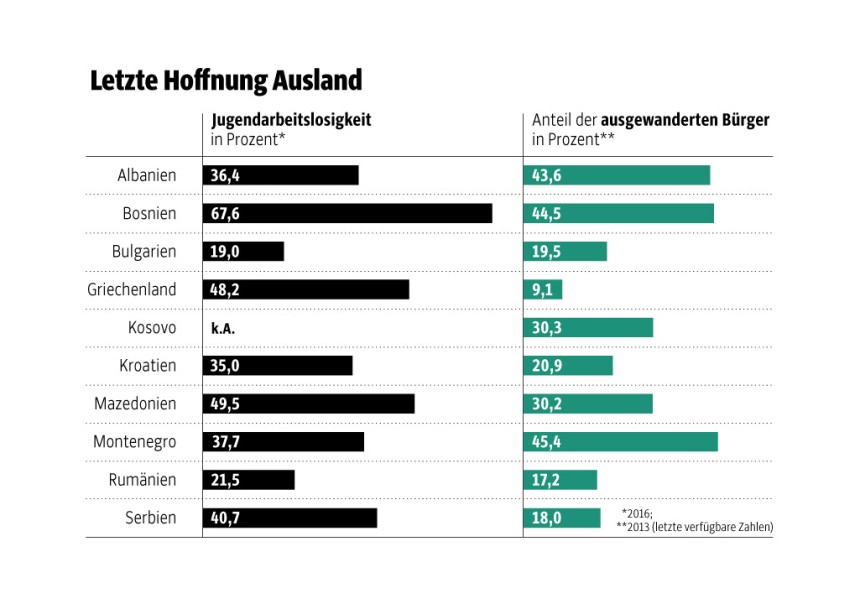 You ask me why, I, as a successful professional   with a good  job and  a  husband who works for a successful company living in   a small but comfortable flat, want to leave Albania.

I’m looking at my   young son who  is  happily drawing.

He’s an intelligent little boy who likes to help people. He has  an enquiring mind but  His enquiring mind gets him into trouble with teachers who see his  questions as a challenge to their authority.  I  want him to be able to learn from a stable educational system, which teaches him the skills of crucial analysis that makes him competitive to his peers in developed countries. I want him to grow kind and helpful without their being seen as a weakness to be laughed at. In our culture, men shouldn’t be kind. They learn this in the playground.

He works hard, but this is not enough. Some of his teachers expect some sort of monetary recompense at exam time otherwise he stands no chance of passing.  The teacher herself  possibly received the job through payment to the headmaster and  who knows whether the headmaster paid the Education director for his.  These days,  it seems that the teaching   profession has attracted many of  who are not interested in being teachers and who do not want to teach. This is an insult to those teachers who genuinely want to.

It’s not the worst thing.  What really matters to me   is that the values of honesty or decency are not  taught. On the contrary, they are seen as a barrier to survival in our country.  The parents of his friends realise this and indulge their children’s every whim and   train them to fight to get what they want, regardless of anybody else around them.

My child  turns on the television and  see politicians – his role models – calling each other names and behaving like spoilt children who cannot get their own way.  And he will meet the children of many of these people driving fast cars and avoiding police fines or receiving university diplomas and jobs through the simple expedient of paying bribes or using the name of their father. If  these ‘role models’ have managed to accumulate material goods without working for them honestly,  how can my son appreciate hard work, either as a means to an end or for its own sake? Knowing this teaches children to grow up with a sense of hopelessness and apathy.  They think the only thing left for them is to drink coffee,  gossip about each other and recycling the same news which is usually from a media controlled by one of the main parties and which continue the name-calling and insults. I don’t want my child to grow up in this environment.

He, like me will get a job, possibly even a good one. But he, like me, is super-conscientious. This means he will focus on getting the job done even if that means doing other people’s work because they are too lazy to do it themselves (possibly because they got the job through a ‘friend’ so they know their  job is safe). Then so be it. He must be prepared, like I am,  to be treated as naive for working so hard. He will suppress his natural intelligence lest the boss sees him as a threat.

I  want him to live in a country where he pays his taxes and knows that the taxes will be used for the country rather than into  a speedboat, a villa or  a fast car for somebody’s son. I want him to know that the taxes go to paying decent wages so that he doesn’t have to bribe the doctor or the policeman. I prefer his taxes to go into a kidney machine to save the life of his grandmother or to mend the  hole in the main road so that his father’s car doesn’t get damaged: it’s better than paying   for a Rolex watch or a smart suit for somebody who doesn’t deserve it. I want him to know that if he has a dispute in court, the judge will make a decision based on the merits of the opposing cases rather than on the number of zeros  in the opposing bank notes.

I  wanted  to stay and change the system from inside but I cannot do it alone. I know that many of my fellow Albanians have a tendency to vote for the politician who promises them a job, bribes them or threatens them. Maybe I cannot blame them for doing it: they have to live.  I can certainly blame those politician who sees government jobs, not  as  positions of responsibility that are given to the most deserving candidate but rather as favours to be  dispensed to repay moral debts in the way that kings bestowed titles to friends in sixteenth century Europe or as despotic minister give jobs in 21st century Africa. And as new people with no experience are given responsible jobs after every election and as new rules are made simply because the old rules ‘were made by the previous government’, the whole system is paralysed and stagnant.

I know that foreign governments who could help us will not interfere because they respect the right of our leaders to misrule and the right of the electorate to mis-vote for them. The fact that so many of us want to leave might suggest that we want   foreigners’   moral code to intrude on our sovereignty, although, of course, our politicians do not.

So as the international community won’t come to me, I‘ll try to  go to them. We’ve had 25 years of pseudo-democracy that has overseen a decline in morality and, given the current educational system, there is no reason to believe there won’t be another 25 years of it.

While I may be able to grit my teeth and live through it, I don’t want my child to.

Alan, that’s why I want to leave!

Alan Andoni
https://www.albanianblogger.com
A graduate in Politics, international business and teaching, Alan Andoni has spent a career writing on Eastern European affairs and working in international marketing with Eastern Europe. He has spent the last 6 years teaching, presenting and writing on Albania, producing the ironic ‘The Xenophobe’s guide to the Albanians’ which is currently the best-selling book in English in Albania. The Albanian version ‘Shqipataret para Pasqyres’ (Albanians in the Mirror) is becoming talked about for its look at Albanian behaviour, customs and attitudes. He currently writes Op-Eds and articles for the Tirana Times and with their kind permission, we offer some of these for our readers.
Alan Andoni  5. März 2018
Rubrik: Balkan/Osteuropa/Kaukasus

Ein Gedanke zu „Letter from Albania: Why I want to leave“