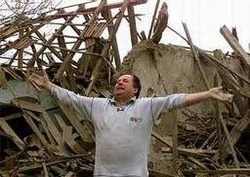 This is a documentary film that focuses on people’s lives during the bombing of Serbia in 1999. It started as a school project but later on I decided that I want to spread awareness about this and educate people. I was very limited with interview material since I live in Canada but the story is well told

This is a documentary film that focuses on people’s lives during the bombing of Serbia in 1999. It started as a school project but later on I decided that I want to spread awareness about this and educate people. I was very limited with interview material since I live in Canada but the story is well told. Thank you a lot to everyone who supported me.
Narration: Dusan Petrinjac
Certain material is courtesy of: RT, AP Archive, RTS and Cultures of Resistance.
Music: Tomasz Bednarcyzk – Night
Sergey Cheremisi – Labyrinth
Knights Amore – The Path of Irreversible Scars
Savior – Nanina Uspavanka
Savior – Rasti Rasti

1999 Serbia Aleksinac Nato Bombs Residential Area
Where is the outrage?

NATO planes bombed the center of Aleksinac in southern Serbia early Tuesday, killing at least 12 civilians and injuring dozens more, some of them seriously. Missiles tore through high-rise apartment buildings and residences in the coal-mining town of some 20,000 people, 200 kilometers south of Belgrade. A correspondent for a private radio station reported that teams of firemen, soldiers and doctors were clearing the ruins and trying to help the victims. Serbian television reported that 10 buildings had been destroyed, including medical facilities. A doctor told a television reporter, „We are still trying to get out people from under the ruins. We don’t know how many are injured or dead.“

According to CNN’s Brent Sadler, Aleksinac’s residents heard NATO warplanes roar overhead „just before explosions ripped through the town center, plunging them into darkness. Confusion and panic was reported as fires broke out…. Firefighters doused the flames of Serbian homes now abandoned. Close by, the scene of two direct hits in the town, an almost unrecognizable ruin with obvious signs of recent life…. There is anger and bewilderment here. The point of detonation is sandwiched between a block of apartments on one side and a clinic on the other.“

Sadler told viewers, „I think what I’m seeing here is the largest civilian casualty toll since the beginning of NATO air strikes…. I saw quite clearly that these were civilian homes…. I saw body parts inside these buildings.“

In the type of scripted response the public has become used to hearing from representatives of the US and its allies after those powers‘ attacks on virtually defenseless countries produce civilian casualties, the British defense secretary, George Robertson, told a press briefing that the deaths were „of course deeply regrettable, but as we have always said, despite all our efforts, such casualties will inevitably occur in a campaign of this size and complexity.“

The atrocity in Aleksinac came on the fourteenth consecutive day of US-led bombing of Serbia and Kosovo. In the most sustained air attack yet, about 100 NATO aircraft, organized in four waves, bombed „more than 30 targets,“ including roads, bridges and fuel depots.

According to Serbian television, civilian targets attacked by NATO planes Monday night and Tuesday morning included airports in Belgrade and Nis; a power generating plant, another bridge and an oil refinery in Novi Sad; a tobacco factory in Nis and a television transmission tower in Cot. TheWashington Post reported that more than 20 explosions were heard around Pristina, the capital of Kosovo, where planes hit an oil depot. Both ends of a railway tunnel in the Ibar River Valley were hit, cutting the rail line.

Even as they completed the most brutal night of attacks, US and NATO spokesmen promised an escalation in the bombing. President Clinton pledged to continue „undiminished, unceasing and unrelenting“ air strikes until Serbia’s President Slobodan Milosevic accepts NATO’s conditions. Clinton described Milosevic as a leader who „would rather rule over rubble than not rule at all.“ Inadvertently, the US president acknowledged that NATO is prepared to reduce Yugoslavia to rubble in pursuit of its goals.

General Xavier Delcourt, deputy head of operations for the French military chief of staff, declared that „massive strikes, the biggest“ attacks yet were in the offing. Delcourt indicated that clear skies and the arrival in the Adriatic Sea of the US aircraft carrier Theodore Roosevelt would help facilitate stepped-up operations.

On Tuesday Serb radio drew parallels between the Nazi attack on Belgrade in 1941 and the current air strikes: „On an early Easter morning 58 years ago, that is, on 6 April 1941, Belgrade suddenly and cunningly, without a prior declaration of war, became the victim of Nazi Hitler’s air force, which in a few subsequent raids turned this beautiful city into a heap of rubble. Tragic history is repeating itself.“

The attack on Aleksinac is a horrible event, the bombing of a small, undefended city by aircraft equipped with the most advanced and deadly military hardware. Where is the outrage? It turns out to be highly selective in the US mass media.

Those directing the US media coverage are cynically appealing to the population’s better instincts–its sympathy for those who are suffering–and taking advantage of its political confusion. Terrible images of Albanian refugees and reports of Serb atrocities are used in an effort to stampede public opinion and prepare the way for a large-scale military invasion of the Balkans by US forces.

We can safely make one prediction. The murdered civilians in Aleksinac will not be the last. A number of US commentators have essentially argued that the Serbs are a criminal people. George Melloan, for example, in his weekly „Global View“ column in the Wall Street Journal, asserts, „NATO is attempting something far more ambitious than pacification. It is trying to civilize the Serbs.“ Carrying on with his modern-day „White Man’s Burden“ theme, Melloan asks, „But can you civilize a people by bombing them into submission?“ No, he answers, „to lead them out of self-isolation and self-preoccupation so that they too could become part of a modern, unified Europe,“ the Serbs must be invaded by ground forces and their country occupied.

These same pundits assert that the American public must get used to scenes of devastation like those in Aleksinac and used to the idea as well of US casualties. George Will in Newsweek suggests that concerns about the latter „indicate a national fixation with the risks involved in the projection of American power–perhaps an unhealthy fixation, given the need for such projection.“

Reasoning like this is the inevitable preparation for crimes against the Serbs and other peoples yet to be demonized. 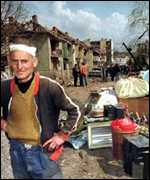 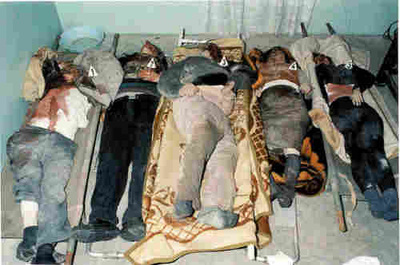 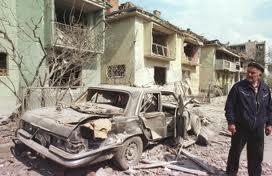 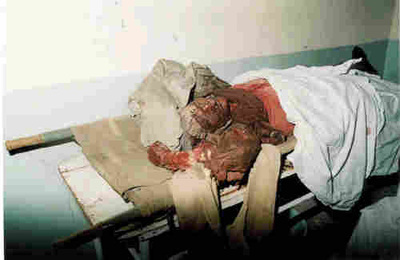 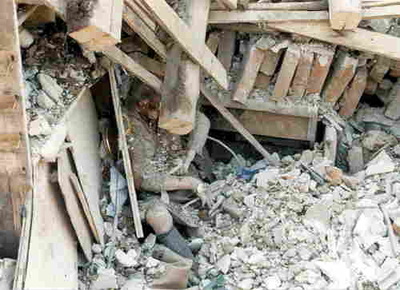 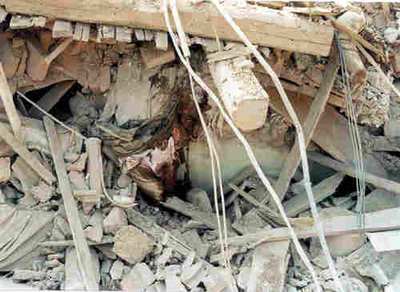 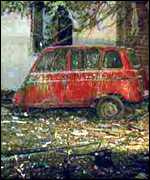 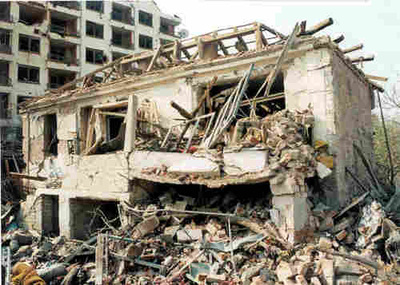 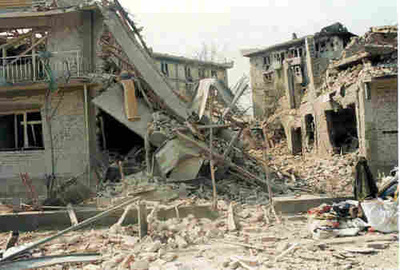 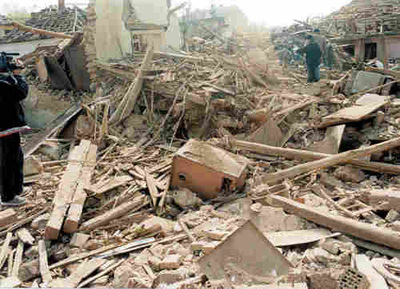 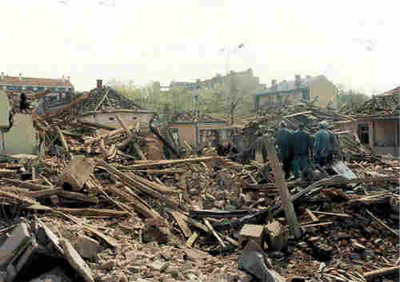 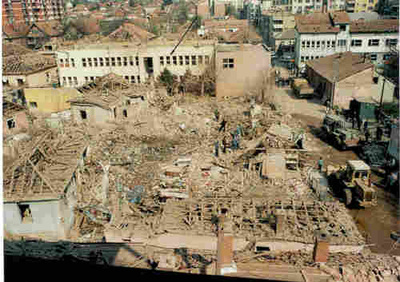 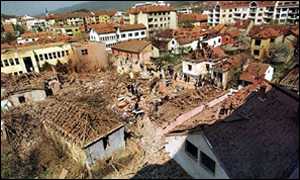 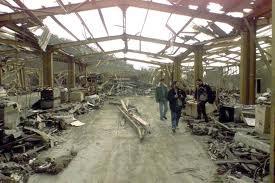 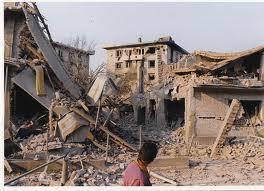 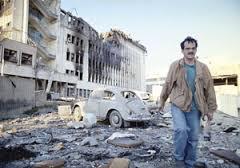 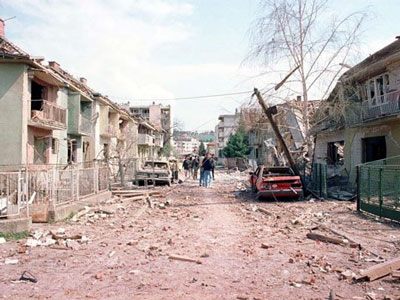