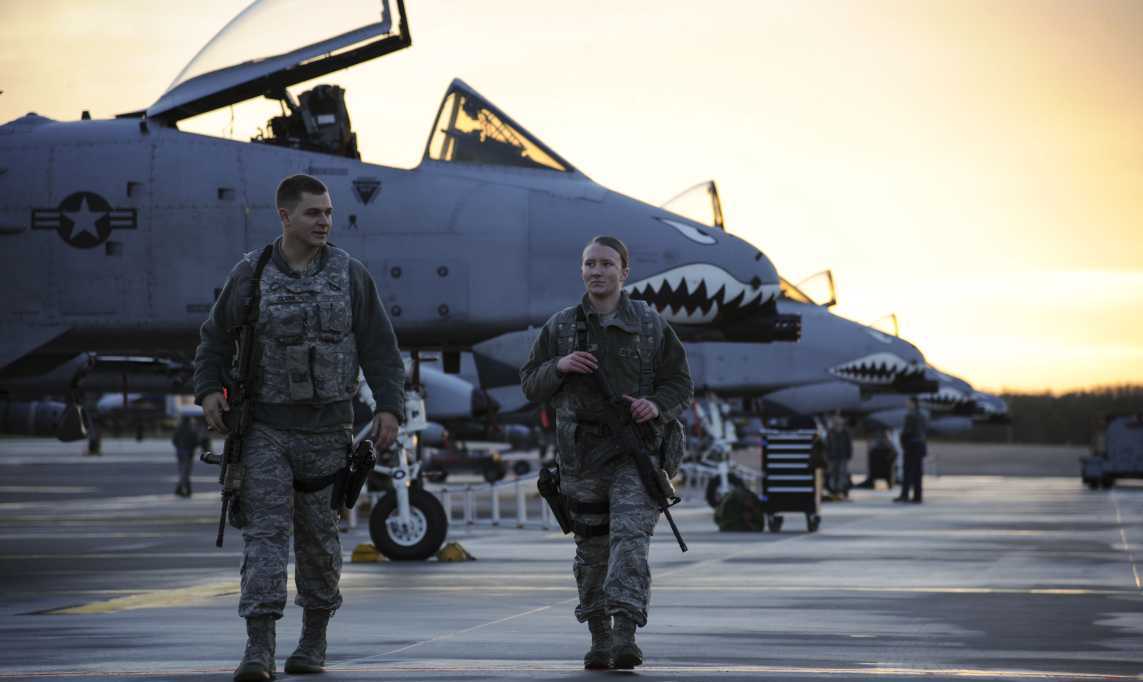 NATO and the United States, which, together, claim to be fighting some sort of amorphous “global war on terrorism,” have enabled a terrorist group to establish bases in two NATO member states – France and Albania – and one NATO protectorate, Kosovo.

After evacuating forces of the anti-Iranian terrorist group Mojahedin-e-Khalq from their former bases in Iraq, the United States and NATO facilitated the group’s establishment of a well-guarded military base in Manez, Albania, near Tirana. In addition to hosting MEK members, NATO has convinced Albania to accept members of the Islamic State of Iraq and the Levant (ISIL), who surrendered to Western special forces in Syria and Iraq.

The MEK was founded in 1965 and it has the unusual distinction of taking action to overthrow both the former government of the Shah of Iran and the Islamic Republic of Iran by relying on terrorist actions. In the early 1970s, the MEK embarked on a program of assassinating Iranian officials and U.S. personnel in Iran. The Iranian Revolution of 1979 saw the MEK’s program of bombings and shootings increase in intensity. The MEK is led by the husband-wife team of Massoud and Maryam Rajavi, who opponents and ex-members of the MEK describe as leaders of what has become known as the „Rajavi Cult.“ The Rajavis abhor criticism and have been known to silence former MEK members-turned-critics by having them constantly harassed or worse, assassinated.

During the Iran-Iraq war of the 1980s, Iraqi leader Saddam Hussein permitted the MEK, also known as the “People’s Mojahedin,” to establish bases inside Iraq. Saddam armed the MEK and provided them with financial and logistical support to carry out terrorist attacks inside Iran. In 1988, the MEK, with Saddam’s assistance, launched a ground invasion of Iran.

In Operation Mersad, Iranian forces defeated the MEK, which had hoped to establish control over Iranian territory to establish a rival Iranian government. Had the MEK succeeded, the Middle East would have seen its first genuine terrorist state. Establishment of a terrorist state would have to wait until the Syrian civil war, when ISIL proclaimed an independent caliphate in occupied territory in Syria and Iraq.

After the United States ousted Saddam in the 2003 invasion and occupation of Iraq, the MEK forces were confined to U.S.-protected compounds in Iraq, the most prominent being Camp Ashraf, the former U.S. military’s Camp Liberty. The new Iraqi government demanded the MEK forces leave Iraq. Acceding to Iraqi demands, the United States re-located 3,000 MEK members to the Manez base in Albania, which the MEK calls “Ashraf 3.” The MEK, which reportedly receives support from Israel’s Mossad, is said to be involved in money laundering and sex trafficking through the intensive use of crypto-currencies like Bitcoin.

Not surprisingly, MEK forces joined with ISIL forces in battling against Syrian and Iraqi government forces. The MEK saw ISIL as a natural ally in fighting pro-Iranian governments in Baghdad and Damascus. It was well-known to Western intelligence agencies that the MEK and ISIL had established an alliance, but, nevertheless, the Barack Obama administration removed the MEK from the U.S. State Department’s terrorist list in 2012. From 1997 to 2012, the United States officially designated the MEK as a foreign terrorist organization.

After ISIL forces were routed in Syria and Iraq, the United States pressured Albania to allow the Islamist terrorists to join their MEK allies in Albania. ISIL terrorists and their families have reportedly been housed in buildings in Tirana that were formerly occupied by MEK members prior to their transfer to the Manez base.  From their Albanian base, MEK operatives have easily entered Kosovo, the location of another major NATO military base at Camp Bondsteel, near Ferizaj in eastern Kosovo. MEK terrorists, allied with sympathizers in Albania and Kosovo, have targeted Shi’a and Sufi Islamic institutions. It is also believed by some Albanian journalists, who have been intimidated by the Albanian government and MEK, that Ashraf 3 and Camp Bondsteel are being used to train MEK and other Middle Eastern mercenaries for a war against Iran to effect a NATO-led regime change operation.

The Albanian and Kosovo governments enjoy top-level access to the Trump administration. Albanian Prime Minister Edi Rama and Kosovo President Hashim Thaci, himself a one-time terrorist leader of the Kosovo Liberation Army, are represented in Washington by Brian Ballard, a former Trump presidential campaign official who runs Ballard Partners, a lobbying firm based in Tallahassee, Florida.

Thanks to the political influence of the Rajavis, Rama, and Thaci, an unholy troika of the MEK, Albania, and Kosovo has blossomed under NATO’s nose in the Balkans. This troika’s tentacles extend throughout the Balkans and into Western Europe, particularly France, Italy, and Germany.

In June 2003, the Rajavi-operated MEK compound in the Paris suburb of Auvers-sur-Oise was raided by French police on the orders of anti-terrorist magistrate Jean-Louis Bruguière. Maryam Rajavi was arrested, along with over 100 other MEK members. Intense political pressure from Republicans and Democrats in the U.S. Congress resulted in criminal charges, including those involving money laundering, being dropped by the French government.

The Office for the Protection of the German Constitution (DPA) has accused the MEK of not only money laundering but receiving charitable donations in return for „assisting“ refugees. The Germans charges that the MEK’s charitable donations were spent on terrorist operations.

In 2004, a U.S. Federal Bureau of Investigation report stated that the MEK financed its operations „through a complex international money laundering operation that uses accounts in Turkey, Germany, France, Belgium, Norway, Sweden, Jordan, and the United Arab Emirates.“

The MEK enjoys widespread support in the Trump White House, as well as in the U.S. Congress. One of the MEK’s biggest boosters is Trump’s National Security Adviser John Bolton. On April 1, 2017, Bolton addressed an MEK Nowruz (Persian New Year) conference in Albania and declared that the MEK would be celebrating taking power in Tehran before 2019. Bolton added, „I have believed for over a decade now that the declared policy of the United States should be regime change in Iran. And the sooner the better, for the sake of international peace and security.“ Over many years, Bolton has repeatedly spoken at MEK events in Paris and New York and has reportedly accepted a total of $180,000 in speaker’s fees from the organization. The MEK primarily receives financial backing from Saudi Arabia and Israel. Some of the funds are funneled to Western politicians as honoraria in return for their speeches at MEK events in venues like Paris, Tirana, and New York.

In addition to Bolton, a frequent recipient of MEK speakers’ honoraria is former New York Mayor and Trump’s personal lawyer, Rudolph Giuliani, a person who is so corrupt, the Italian mafia wanted to have him “eliminated.” Two former CIA directors, James Woolsey and Porter Goss, have spoken at MEK events, along with one former FBI director, Louis Freeh, Jr.

The MEK is represented in Washington by the law firm of Joseph diGenova and his wife, Victoria Toensing. DiGenova almost became Trump’s personal attorney. However, diGenova took his name out of consideration due to conflicts of interest and Giuliani accepted the job.

In June 2017, the MEK and ISIL coordinated a terrorist attack on the Iranian parliament in Tehran and the mausoleum of Ayatollah Ruhollah Khomeini. The terrorists were armed with AK-47s, hand grenades, and explosive-laden suicide vests. At least 12 people were killed in the attacks. The Trump White House defended the MEK/ISIL attack in stating, „We underscore that states that sponsor terrorism risk falling victim to the evil they promote.“ Iranian Foreign Minister Mohammad Javad Zarif called the White House statement „repugnant.“

The Trump administration’s neocons, notably Bolton and Giuliani, are hell-bent on regime change in Iran. They are ramping up their terrorist army in the Balkans for such a future war.