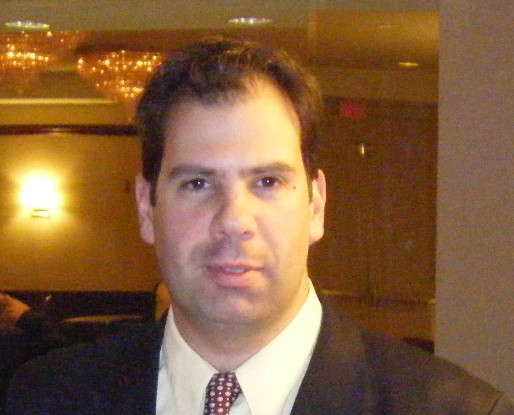 In Operation Pythia-1, there was active assassination teams parked outside the Karamanlis residence. The attempts were foiled with the assistance of Russian and Greek intelligence. The operation was found in WikiLeaks. No wonder Kostas Karamanlis remains a hidden silenced man who dares not to speak out for fear of an attempt on his life.

This begs the question. Who are the Soros Funded Globalist Elites acting as his puppets for Greece? I will repeat again. George Soros is not an ethnic Greek.

Alexis Tsipras is a Soros funded puppet. According to a special report by Victor Gaetan of the Spectator(conservative magazine), Soros sponsored a trip to the United States for Tsipras in February 2013 through a think tank he founded in 2009, the New York-based Institute for New Economic Thinking (INET).
However, we must find the key Soros plants in previous Greek governments. PASOK and two generations of Papandreou’s(Andreas and Giorgaki) served the George Soros interests since the 1980s,1990s, early 2000s.  Alex Rondos, a key Soros plant, served with ex-Foreign Minister George Papandreou. Rondos. Papandreou promoted Soros’ Open Society Foundations in the Balkans. In 2003, Papandreou promoted Soros’ Open Society Foundation objectives for Balkan integration into the EU. The Serbian people don’t want EU membership for Serbia. Serbs are in uproar against their paid Serbian Globalist elites trying to promote Serbia into the EU.
During the Papandreou years (2000-2004), Alex Rondos saw a 251% increase in payouts from the Greek Foreign Ministry to NGOs (Non-Governmental Organizations). “It was a game of kleptocracy.” — Nikolaos Matsis, former deputy director of Hellenic Aid, mentioned in a 2014 Los Angeles Times article how this corruption started with George Papandreou from 2000 to 2004. Papandreou gave $550,000 to a NGO founded by his mother. Papandreou’s non-Greek mother lives in the lavish elitist enclave of the Berkeley Hills near San Francisco, California, USA. Millions of dollars was handed out to NGOs in Athens, Greece from 2000 to 2004 with no accountability or inspection to how the money was spent. Perhaps, the money ended up in Swiss bank accounts or offshore banks in the Cayman Islands?
I saw firsthand massive spending by the PASOK government during the World Council of Hellenes Abroad(SAE) conferences from 1999 to 2002. Millions were spent on airline tickets, hotels, conferences, alcohol, and partying to unite worldwide Greeks. PASOK officials silenced talk on ethnic Greek issues. SAE collapsed as the money ran out after 2004. It quietly went away and disappeared. People who attended the SAE conferences were disappointed by the results. It became a way for PASOK to buy off the conservative pro Greece Greek diaspora. I attended these conferences.
The Greek Socialist Party, PASOK, ruled Greece with an iron fist for the past 22 years out of 30 years between 1981 and 2011.
George Soros was also in Greece in November 21-29, 2009 when he met with Greek government officials, Kyriacos Mitsotakis, Greek Globalist Elites, industrialists, etc. Soros came to Greece as the Karamanlis government was in collapse. George Soros used a friend from New York City named Stylianos Zavvos to infiltrate and take over Greece. Zavvos is CEO of Zeus Capital Managers. He has ties to Greek elites. Zavvos made George Soros as the godfather of his daughter in 2009.  Soros is an atheist.
George Soros paid a visit to George Papandreou in Athens in 2011.
George Soros funded an NGO in 2013 called Solidarity Now, https://www.solidaritynow.org/en/orama-praxi/. Soros put Stylianos Zavvos in charge of this organization to manage Soros Plan to insert Muslim illegal migrants to Europe through Greece.
With Soros paid agents in place, the SYRIZA election victory in 2015 set the stage for another phase. SYRIZA’s  deputy immigration minister announced the government would turn refugee detention facilities into welcome centers and would discontinue Operation Xenios Zeus, an aggressive policy of identifying and deporting illegal migrants. (http://www.ekathimerini.com/166923/article/ekathimerini/news/greece-to-ditch-xenios-zeus-operations-governments-immigration-chief-says)
This set the stage for the mass Muslim illegal migration into Greece and Europe. There are NGOs in Turkey who teach these migrants what to say to Greek Coast Guard officials. These NGOs hire non-Turkish staffers outside of Turkey. These migrants arrive with nice Smartphones, and recite migrant rights. The Greek Border Guards and Coast Guards have their hands tied behind their back in not doing their job. It’s either following orders or loses a job. SYRIZA is following the Soros plan to destroy Greece. In a middle finger to Soros and NATO, Turkey’s Erdogan is arresting ISIS Islamic Jihadists and the CIA controlled Gulen movement. The next wave of arrests will be these Soros funded NGOs inside Turkey who manufactured the migrant crisis and flooded Turkey and Europe with millions of illegal Muslim migrants.
Alexis Tsipras of SYRIZA is a Soros puppet. He serves the interests of the Globalist Elites as Greece is destroyed. With recent elections in Austria and the Czech Republic, anti-Soros/anti-EU/anti-Globalist parties and candidates are winning. The tide is turning for Europe. The Hungarian government has declared war on Globalist George Soros and his paid agents in Hungary and Europe. It is a matter of time, before France’s Le Pen wins the next wave of elections as Macron is forced to deport illegal criminals.
The truth will come out to how Greece has been infiltrated and subverted within. The citizens of Greece must not be afraid to speak the truth, and take action. Didn’t the Ancient Greeks create the notion of man’s freedom from tyrannical elites and the rule of law?
To Read More:
Greece George Soros Trojan Horse against Europe-Alexis Tsipras is a Soros Funded Puppet by Victor Gaetan
https://spectator.org/greece-george-soros-trojan-horse-against-europe/
CIA Plan to Assassinate Greek Conservative PM Kostas Karamanlis
http://russia-insider.com/en/cia-plan-assassinate-greek-pm-karamanlis-ties-russia-exclusive-report/ri21250
Russian Vesti Investigation News on the Destabilization of Greece, Oct 9, 2017
https://www.vesti.ru/videos/show/vid/732518/cid/1/
Nov 2009 National Herald Article on Stylianos Zavvos Daughter Baptism and the Visit of George Soros
https://www.thenationalherald.com/wp-content/uploads/2013/11/632.pdf
2014 Article on Greek NGO scandal by PASOK-Millions Missing
http://www.latimes.com/world/europe/la-fg-greece-scandal-20140509-story.html
George Soros NGO in Greece Directed by Stylianos Zavvos
https://www.solidaritynow.org/en/orama-praxi/
2015, SYRIZA Cancels Operation Xenios Zeus to deport illegal migrants
http://www.ekathimerini.com/166923/article/ekathimerini/news/greece-to-ditch-xenios-zeus-operations-governments-immigration-chief-says
Open Society Foundations
https://www.opensocietyfoundations.org/regions/europe
1998 60 Minutes Interview with George Soros
https://www.youtube.com/watch?v=zODNSRsYgog
WikiLeaks, 2004-2008US State Department Cables on Greece’s Kostas Karamanlis
https://wikileaks.org/plusd/cables/08ATHENS21_a.html
Soros funded organizations in the USA:
https://freedomoutpost.com/nazi-war-criminal-george-soros-funds-over-200-us-organizations-heres-the-list/
Why You Should Fear George Soros
https://www.westernjournalism.com/koch-brothers-george-soros-fear/
Alex Aliferis has worked in Washington D.C. on issues linked to Greece, and Cyprus, as well as activating and mobilizing America’s ethnic Greek voters for Republican candidates. Alex is also focused on strengthening bilateral ties between Greece and the U.S.A.
Alex Aliferis  1. November 2017
Rubrik: FalseFlag/PsyOps